Practically every job involves some level of stress, and stress can be beneficial in motivating and driving people. However, when workplace stress levels get too high, this can cause health problems, both physical and psychological. Employers have a duty to ensure that this does not happen.

The definition of occupational stress

In Hatton v Sutherland, the judge observed that harmful levels of stress tend to happen where people find themselves in situations where they feel trapped or powerless. They are therefore a lot more likely to affect those that hold junior positions. It was also observed that stress is a psychological phenomenon that can lead to mental ill health, physical ill health – or to both.

The duty of care

The ordinary principles of employers’ liability apply to claims for psychiatric illness that arise from employment (Petch v Commissioners of Customs and Excise [1993] ICR 789).

Whilst the claim in Petch failed, the same principles were upheld in Walker v Northumberland County Council [1995] 1 All ER 737. In this case, the Claimant was an overworked manager who complained, asking for extra help and leave. The judge ruled that the first mental breakdown he suffered was not foreseeable – however, upon returning to work with the promise of additional help, which was then not given to him, he experienced a second mental breakdown for which there was liability.

Both the Walker and Petch cases were cited with approval in Garret v Camden LBC [2001] EWCA Civ 395.

In Hatton v Sutherland 2002] EWCA Civ 76, the Court laid out guidelines for occupational stress cases, and these were later approved by the House of Lords in Barber v Somerset [2004] UKHL 13.  The Hatton guidelines are as follows:

Following Hatton, in the case of Young v Post Office [2002] EWCA Civ 661 the Court considered whether the Claimant had a duty to tell their employer if they were unable to cope – and whether the Claimant might be contributory negligent if they did not do this. The facts of the case are that the Claimant, an employee of the Post Office, was promoted to the position of  Workshop Manager. The Claimant had no manager above him. A new computer system was brought in at work and the Claimant was expected to get to grips with it, without any training being offered. He started to show signs of stress at work and suffered a nervous breakdown, taking four months away from work to recover. An arrangement was agreed whereby the Claimant would return to work gradually, working flexibly. But when the Claimant did return, he quickly took on the same management position that had caused him to have a breakdown. Some seven weeks after returning, the Claimant could not continue as a result of his stress, and left. The Defendants argued that in offering a flexible work pattern to the Claimant, they had done everything they could to reduce the stress. However, the Court ruled in favour of the Claimant, as it was plainly foreseeable that a recurrence might happen if no suitable steps were taken on the Claimant’s return to work, and the Defendant as his employer was under a duty to take these steps. Despite the Defendant telling the Claimant that he could work flexibly, the Claimant in reality was a conscientious hard-working person, and it was foreseeable that he would go back to overworking again. It was the employer’s duty to make sure the Claimant had help, which they failed to do. The Defendant alleged contributory negligence and the Court found this to be irrelevant for the case in hand, remarking that it would be unusual although ‘theoretically possible’.

A further more recent case of note was Connor v Surrey County Council [2010] EWCA 286. The Claimant in this case was the head teacher of a primary school and the Defendant was the Local Education Authority. The Court awarded damages for the Defendant’s failure to have regard to the effect of its conduct on her health or to give her the support she needed, which led to the Claimant suffering from severe depression. The Defendant argued that there were no signs of any impending harm to the Claimant’s health, suggesting therefore that the injury was not reasonably foreseeable. The Court rejected this – the fact the Claimant had not been away from work was irrelevant, with the risk being obvious from comments that were made by both the Claimant and others. This decision was upheld by the Court of Appeal.

Other decisions of interest include:

Once a breach of duty of care has been demonstrated, it is necessary to prove that breach of that duty caused the harm in question. If there are a number of different possible causes, it may be difficult to prove that employer’s breach of duty was one of these, and expert medical evidence will often be needed. Two useful cases on this point are:

To get in touch, please use the form below. 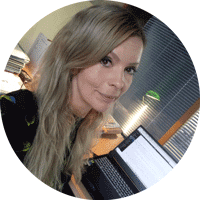 Friendly, experienced Solicitor and Chartered Legal Executive based in Nottingham.

We use cookies on our website to give you the most relevant experience by remembering your preferences and repeat visits. By clicking “Accept All”, you consent to the use of ALL the cookies. However, you may visit "Cookie Settings" to provide a controlled consent. Read More
Cookie SettingsAccept All
Manage consent

This website uses cookies to improve your experience while you navigate through the website. Out of these, the cookies that are categorized as necessary are stored on your browser as they are essential for the working of basic functionalities of the website. We also use third-party cookies that help us analyze and understand how you use this website. These cookies will be stored in your browser only with your consent. You also have the option to opt-out of these cookies. But opting out of some of these cookies may affect your browsing experience.
Necessary Always Enabled
Necessary cookies are absolutely essential for the website to function properly. These cookies ensure basic functionalities and security features of the website, anonymously.
Functional
Functional cookies help to perform certain functionalities like sharing the content of the website on social media platforms, collect feedbacks, and other third-party features.
Performance
Performance cookies are used to understand and analyze the key performance indexes of the website which helps in delivering a better user experience for the visitors.
Analytics
Analytical cookies are used to understand how visitors interact with the website. These cookies help provide information on metrics the number of visitors, bounce rate, traffic source, etc.
Advertisement
Advertisement cookies are used to provide visitors with relevant ads and marketing campaigns. These cookies track visitors across websites and collect information to provide customized ads.
Others
Other uncategorized cookies are those that are being analyzed and have not been classified into a category as yet.
SAVE & ACCEPT
Powered by